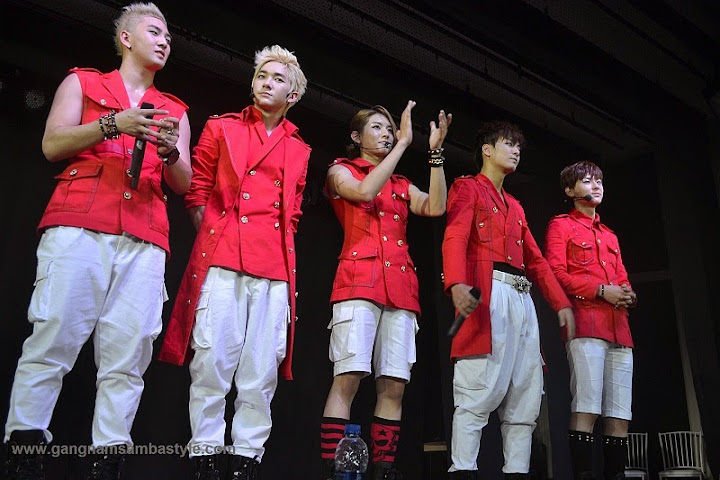 On December 15th people from Curitiba, Brazil were able to watch a NU’EST CONCERT! A pioneer in many aspects: first Kpop concert in Curitiba, first NU’EST concert in Brazil, the first concert from the Circuit of Kpop, made by the producer team Mix Jukebox.
The concert and the events tied to it we’re so awesome that it is hard to know where to begin! Let’s start!

NU’EST’s schedule was pretty busy starting with a press conference in the morning that lasted for about 40 minutes. The members appeared in red and white and saluted the press. They sat on the chairs that were made available to them and answered questions.

Each website was allowed to ask a question. When our team arrived at the venue we found out that some fans had spent the whole night waiting on line in order to have a better view of the concert and get the closer possible to NU’EST. So we decided to ask them to share their opinion on the fans that work so hard to be close to them. They said that it was simply amazing to be loved by the Brazilian fans and they hoped to pay that love back at the concert by giving a great performance.

After the press conference was over we notice that the number of fans outside had increased. At this point everybody was anxiously waiting for the fan sign. A magical and very expected moment when the fans would be able to get signs and have some small talk with the members

Press was not allowed! That was a moment only the fans could share with NU’EST. But as we are also fans, we couldn’t stay out of this! We purchased our tickets for the fan sign, received or waiting numbers and waited in line, our legs feeling like butter ;D…

We noticed that the number of fans outside had increased. At this point everybody was anxiously waiting for the fan sign. A magical and very expected moment when the fans would be able to get signs and have some small talk with the members. Since early morning people were organizing (Mix Jukebox heped big time), so that they wouldn’t need to stay in line all the time, so that they would be able to have lunch, etc. People would arrive and put their name on a list and receive a waiting number.

While at the fan sign everybody could take pictures, as long it wouldn’t interfere with the staff’s work or the people flow. So we saw many many clicks. Recorders, cameras, smartphones… Anything to have as a memento of the moment.

Mix Jukebox told the fans that, unfortunately, they would not be a able to take pictures with the members due to the short amount of time. I don’t know from where it started, but when I realized the members were asking for the fans’ mobile phones in order to take selcas with them! It was so adorable! The staff insisted that they should not do that, for it would affect the waiting time of other people.

The last selca i saw was taken by Aron. One of the staff said reluctantly “Aron… Please…Don’t”. And he answered “Just this one…Just one more!”. The members didn’t want to say no to the fans and were having a blast!

We left the fansign with a warm happy feeling in out chest and didn’t feel even one lick tired! It was amazing to stop and think we still had the concert ahead of us!
The venue gates opened and the fans started to enter, starting by the VIP ticket. The press waited for all the VIP fans to enter and then was allowed to proceed. We were showed to the place where we would be able to register the concert with our cameras. The fans were very excited and screamed “NU’EST! NU’EST!”, “Saranhgae!”, “Ren, Baekho, JR, Aaron, Minhyuk!”. When all the fans were inside, the lights went off and the pink sea of L.O.Λ.E. screaming louder and louder for NU’EST! Curtain rises! It’s show time!

We could see NU’EST surprise when the fans started singing in Korean along with them. It seems that they were not expecting this at all. The members brought a surprise and sang a Brazilian song, impressing the Brazilian L.O.Λ.E.with a great Brazilian Portuguese pronunciation!

Between the songs there were small breaks when the members answered questions with the aid of an interpreter and played a guess the word game with fans picked straight from the audience! It was very funny! The words to be guessed were very smart! We had moments such as Ren impersonating Lady Gaga and other members impersonating After School! The winner fans received NU’EST Brazilian Concert official T-shirts!!

Sadly as it it… All good things come to an end… =(

After more songs the concert ended. The members bowed and left. The audience cheered and screamed for an encore! NU’EST came back wearing the official T-shirts and wrapped the concert with 2 more songs.
After everything ended, some very very VERY lucky fans were chosen to meet NU’EST on the backstage!!Final score: Extremely satisfied L.O.Λ.E.s.
Also congrats to the many many L.O.Λ.E.s that were born! :’D

We would like to thank Mix Jukebox for bringing NU’EST to Brasil and performing a show of it’s own concerning the production, to thank the fans on their excellent behavior, to thank NU’EST for coming so far from their own country in order to meet us. 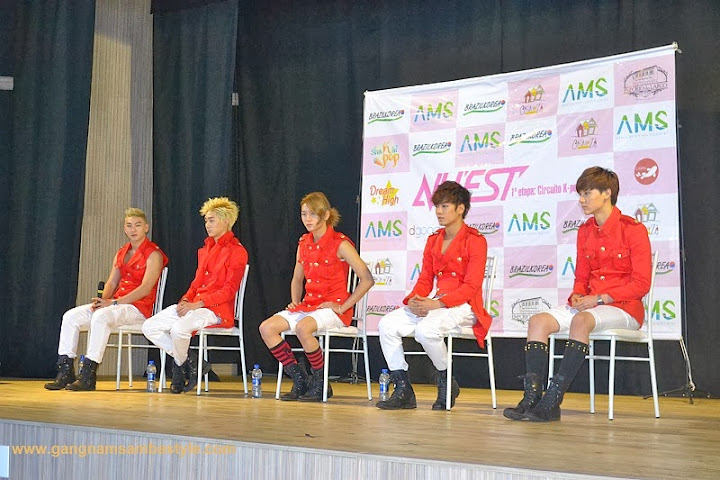 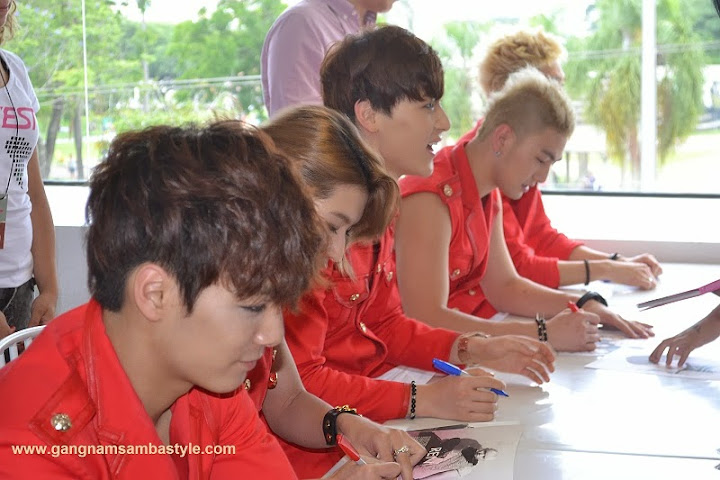 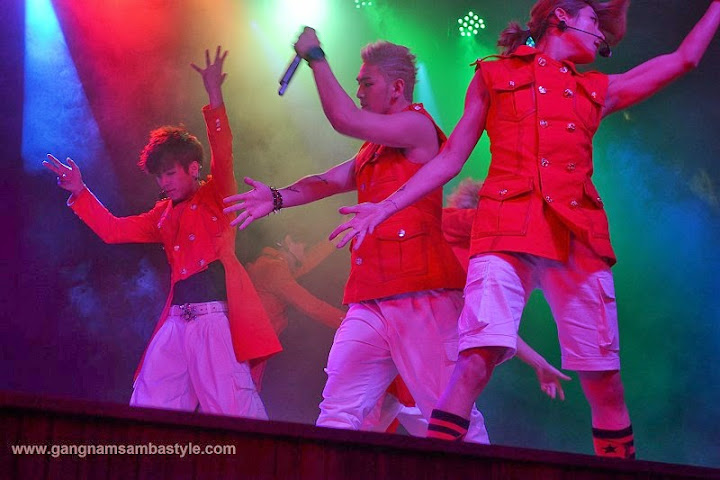 Stay tunned! We are going to post all the videos we made, including the fansign, press conference, the concert and the Pledis audition!